Performance is the result of work given by employees to the company in fulfilling its duties and responsibilities. On the performance of employees at PT. Central Proteina Prima Tbk decreased employee performance in the past 1 year. The decline in performance is allegedly due to not being able to achieve the expected sales targets. Competence is an ability possessed by employees based on knowledge and experience in carrying out work. The problem of competence in employees who work do not have education in accordance with the position. Discipline is the willingness of employees to apply company regulations in carrying out the work of the company. Regulatory violations that still occur regularly show discipline that has not been good from employees in meeting the regulations made by the company. Job satisfaction is the result of expectations obtained by employees after carrying out work in the company. Employees who are not comfortable working tend to resign from the company. Total population of 186 people, a sample of 127 people and 30 people were taken for testing the validity and reliability. Theories used to support research are human resource management theories relating to competence, discipline, job satisfaction and performance. The research method used is a quantitative approach to the type of quantitative descriptive research. Methods of data collection by interview, distribution of questionnaires and study of documentation. The analytical method used is multiple linear regression, the coefficient of determination and simultaneous testing (F-Test) with value and partially (t-Test). The results showed that competency, discipline and job satisfaction simultaneously and partially had a significant positive effect on employee performance. 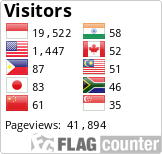